People trying to talk to Siri may soon no longer have to look like they’re about to eat their iPhones, thanks to a new technology demonstration that solves the “Cocktail Party” conundrum.

In a crowded room with voices coming from every direction, the human auditory system is incredibly good at homing in on a single voice while filtering out the background jabber.

A new approach from engineers at Duke University, however, may soon improve their performance in loud environments. The sensor uses metamaterials—the combination of natural materials in repeating patterns to achieve unnatural properties—and compressive sensing to determine the direction of a sound and extract it from the surrounding background noise. 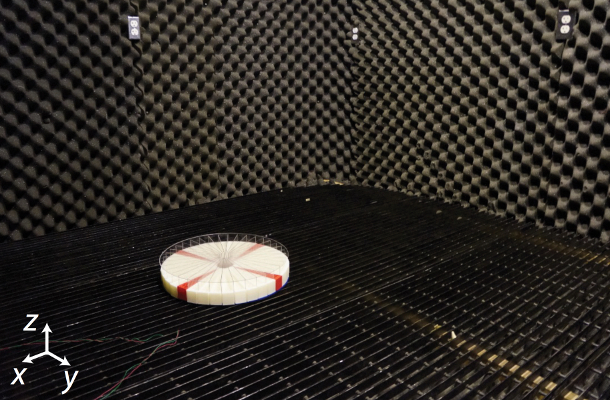 Once miniaturized, the device could have applications in voice-command electronics, medical sensing devices that use waves, like ultrasound, and hearing aids and cochlear implants.

The study was featured in the Proceedings of the National Academy of Sciences on August 11, 2015.

“We’ve invented a sensing system that can efficiently, reliably and inexpensively solve an interesting problem that modern technology has to deal with on a daily basis,” said Abel Xie, a PhD student in electrical and computer engineering at Duke and lead author of the paper. “We think this could improve the performance of voice-activated devices like smart phones and game consoles while also reducing the complexity of the system.”

The proof-of-concept device looks a bit like a thick, plastic, pie-shaped honeycomb split into dozens of slices. While the honeycomb openings may all look the same, their depth varies from hole to hole. This gives each slice of the honeycomb pie a unique pattern.

“The cavities behave like soda bottles when you blow across their tops,” said Steve Cummer, professor of electrical and computer engineering at Duke. “The amount of soda left in the bottle, or the depth of the cavities in our case, affects the pitch of the sound they make, and this changes the incoming sound in a subtle but detectable way.”

When a sound wave gets to the device, it gets slightly distorted by the cavities. And that distortion has a specific signature depending what slice of the pie it passed over. After being picked up by a microphone on the other side, the sound is transmitted to a computer that is able to separate the jumble of noises based on these unique distortions. 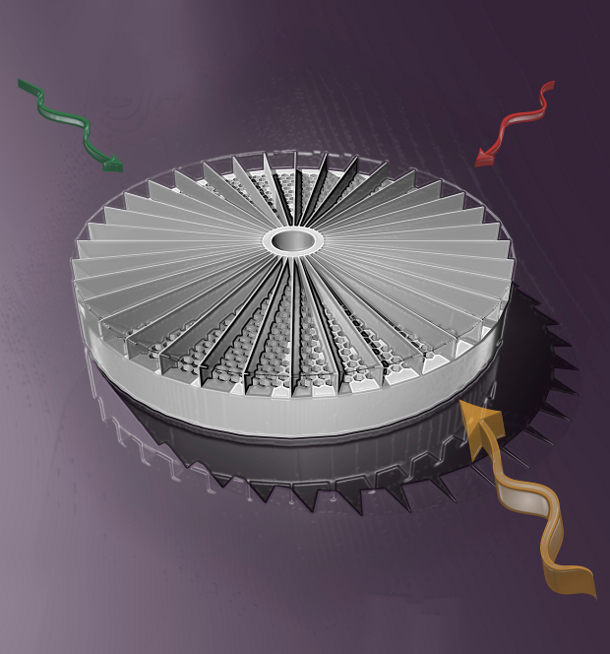 The researchers tested their invention in multiple trials by simultaneously sending three identical sounds at the sensor from three different directions. It was able to distinguish between them with a 96.7 percent accuracy rate.

While the prototype is six inches wide, the researchers believe it could be scaled down and incorporated into the devices we use on a regular basis. And because the sensor is made of plastic and does not have any electric or moving parts, it is extremely efficient and reliable.

“This concept may also have applications outside the world of consumer electronics,” said Xie. “I think it could be combined with any medical imaging device that uses waves, such as ultrasound, to not only improve current sensing methods, but to create entirely new ones.

“With the extra information, it should also be possible to improve the sound fidelity and increase functionalities for applications like hearing aids and cochlear implants. One obvious challenge is to make the system physically small. It is challenging, but not impossible, and we are working toward that goal.”

This work was supported by a Multidisciplinary University Research Initiative under Grant N00014-13-1-0631 from the Office of Naval Research.