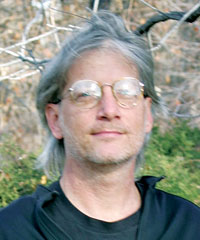 Dr. Holloway was elected to the grade of Fellow “for the application of new materials in the field of electromagnetic compatibility.”

During 1992, he was a Research Scientist with Electro Magnetic Applications, Inc., in Lakewood, Colorado. His responsibilities included theoretical analysis and finite-difference time-domain modeling of various electromagnetic problems. From the fall of 1992 to 1994, he was with the National Center for Atmospheric Research (NCAR) in Boulder, Colorado. While at NCAR his duties included wave propagation modeling, signal processing studies, and radar systems design. From 1994 to 2000, he was with the Institute for Telecommunication Sciences (ITS) at the U.S. Department of Commerce in Boulder, where he was involved in wave propagation studies. Since 2000, he has been with the National Institute of Standards and Technology (NIST) in Boulder, where he works on electromagnetic theory. He is also on the Graduate Faculty at the University of Colorado at Boulder.

His research interests include electromagnetic field theory, wave propagation, guided wave structures, remote sensing, numerical methods, and EMC/EMI issues. Dr. Holloway is currently serving as co-chair for Commission A of the International Union of Radio Science and is an Associate Editor for the IEEE Transactions on Electromagnetic Compatibility. Dr. Holloway was the chairman for the Technical Committee on Computational Electromagnetics (TC-9) of the IEEE Electromagnetic Compatibility Society from 2000–2005, served as an IEEE Distinguished Lecturer for the EMC Society from 2004–2006, and is currently serving as co-chair for the Technical Committee on Nano-Technology and Advanced Materials (TC-11) of the IEEE EMC Society.

1The profile of Christopher L. Holloway was provided by IEEE Profiles