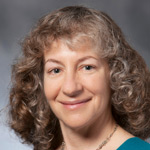 Biosketch: Nan Marie Jokerst is the J. A. Jones Distinguished Professor of Electrical and Computer Engineering at Duke University. She received PhD in Electrical Engineering from the University of Southern California in 1989. She was named a Fellow of the IEEE in 2003, a Fellow of the Optical Society of America in 2000, received an IEEE Third Millenium Medal in 2000, was a National Science Foundation Presidential Young Investigator in 1990, a DuPont Young Professor in 1989, a Newport Research Award winner in 1986, and a Hewlett Packard Fellow in 1983. She received the University of Southern California Alumni in Academia award from the Viterbi School of Engineering in their 100th anniversary year, 2006. She joined the Duke faculty in 2003 after 14 years on the faculty at Georgia Tech. She has also been recognized for her teaching accomplishments, which include the Harriet B. Rigas IEEE Education Society/Hewlett Packard Award in 2002. Her research work focuses on the fabrication, integration, and application of thin film semiconductor optoelectronic and high speed electronic devices for integrated nano and micro systems, optical interconnections, planar lightwave integrated circuits, chip scale integrated sensors and sensing systems, metamaterials, and plasmonics. She has 6 patents, and over 250 journal and conference publications.