Abstract: After the initial flurry of activity in the theory and RF implementations of 3D metamaterials, it was quickly realized that the promise of metamaterials at optical wavelengths is hindered by the difficulty of fabricating three-dimensional composites with nanoscale inclusions. Metasurfaces, the two dimensional version of metamaterials, consist of planar arrays of metamaterial resonators. Despite their apparent simplicity, they can provide new functionality at optical wavelengths, especially when combined with other materials that change their optical properties in response to external stimuli. For example, when metasurfaces are integrated with semiconductor heterostructures, they can be voltage-tuned dynamically, or used to create nonlinear optical media with functionality that cannot be found in traditional nonlinear materials. By leveraging decades of development of semiconductor optoelectronics, metasurfaces coupled to semiconductors might enable new types of optical devices from the infrared to the visible spectral range. 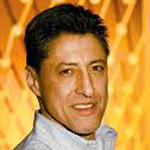 Biosketch: Dr. Igal Brener is a Distinguished Member of Technical Staff at Sandia National Laboratories in Albuquerque, NM. He received the B.Sc. degree in Electrical Engineering, the B.A. degree in Physics, and the D.Sc. degree in Physics from the Technion- Israel Institute of Technology, Haifa, Israel, in 1983, 1983 and 1991, respectively. From 1983 to 1986 he worked for National Semiconductors in microprocessor VLSI design. He was with Bell Laboratories from 1991 until 2000, with Tellium Inc. from 2000 until 2002, and with Praelux/Amersham Biosciences/GE Healthcare from 2003 until 2004. He joined Sandia National Laboratories, Albuquerque, NM, in 2004 where he is active in nanophotonics, THz science, optoelectronics and metamaterials. He currently holds a dual appointment as thrust leader for nanophotonics at the DOE Center for Integrated Nanotechnologies. He has authored more than 200 refereed publications, and has received 15 patents. Dr. Brener is a fellow of the Optical Society of America and the IEEE, and has served in several conference committees (OSA, IEEE and SPIE), government panels and review boards.