Abstract: The past decade has seen dramatic advances in creating active metamaterials (MM) with properties that can be dynamically modified and controlled with external stimuli, including optical excitation, electrical control, or mechanical actuation. A fair amount of this work has been at terahertz frequencies as this region of the electromagnetic spectrum is ripe for technological development while, from a fabrication point-of-view, providing rapid access to test new MM concepts and ideas. With the advent of pulsed terahertz sources capable of generating peak fields on the order of 1MV/cm, nonlinear THz “optics” is a new vista that, in concert with MM, offers exciting and scientific and technological opportunities. In this work, I will present some of our recent efforts exploring nonlinear THz MM. This includes the nonlinear response of InAs plasmonic disks and electron field emission arising from strong field localization and enhancement within the capacitive regions of metamaterial resonators. 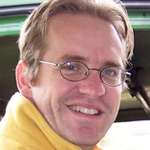 Biosketch: Richard Averitt received his PhD degree in Applied Physics from Rice University for work on the synthesis and optical characterization of gold nanoshells. Following this, Richard was a Los Alamos National Laboratory Director’s Postdoctoral Fellow where his work focused on time resolved far-infrared spectroscopy of strongly correlated electron materials. In 2001, Richard became a member of the technical staff at Los Alamos, and in 2005 a member of the Center for Integrated Nanotechnologies co-located at Los Alamos and Sandia National Laboratories. In 2007, Richard joined Boston University as a faculty member in the Department of Physics and the Boston University Photonics Center. Since 2014, Richard has been with the Department of Physics at UC San Diego. Richard’s research is primarily directed towards characterizing, creating, and controlling the optical and electronic properties of complex materials. This includes correlated transition metal oxides and metamaterials.