Singular Optics in the Meta-World

Singular Optics in the Meta-World

Abstract: We discuss fundamental optical phenomena at the interface of singular optics and metamaterials, including theoretical and experimental studies of linear and nonlinear light-matter interactions of vector and singular optical beams in optical metamaterials.  Understanding the physics of the interaction of complex beams with nanostructured “engineered” media is likely to bring new dimensions to the science and applications of complex light, including novel regimes of spin-orbit interaction, extraordinary possibilities for dispersion engineering, and novel possibilities for nonlinear singular optics. We show that unique optical properties of metamaterials open unlimited prospects to “engineer” light itself. For example, we demonstrate a novel way of complex light manipulation in few-mode optical fibers using metamaterials highlighting how unique properties of metamaterials, namely the ability to manipulate both electric and magnetic field components, open new degrees of freedom in engineering complex polarization states of light.  We discuss several approaches to ultra-compact structured light generation, including a nanoscale beam converter based on an ultra-compact array of nano-waveguides with a circular graded distribution of channel diameters that coverts a conventional laser beam into a vortex with configurable orbital angular momentum. Such beam converters is likely to enable a new generation of on-chip or all-fiber structured light applications. We also present our initial theoretical studies predicting that vortex-based nonlinear optical processes, such as second harmonic generation or parametric amplification that rely on phase matching, will also be strongly modified in negative index materials. Finally, we will discuss novel approaches to electromagnetic wave manipulation in free-space hyperbolic metamaterials originating from light filamentation in air. 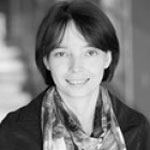 Brief Bio: Natalia Litchinitser is a Professor of Electrical Engineering at University at Buffalo, The State University of New York. Her group research focuses on fundamental properties and applications structured light in metamaterials, biomedical imaging, optical communications and nonlinear optics. Natalia M. Litchinitser earned her Ph.D. degree in Electrical Engineering from the Illinois Institute of Technology and a Master’s degree in Physics from Moscow State University in Russia. She completed postdoctoral training at the Institute of Optics, University of Rochester in 2000. Prof. Litchinitser joined the faculty of the department of Electrical Engineering at the State University of New York at Buffalo as Assistant Professor in 2008. Natalia Litchinitser previously held a position of a Member of Technical Staff at Bell Laboratories, Lucent Technologies and of a Senior Member of Technical Staff at Tyco Submarine Systems. Natalia Litchinitser’s research interests include linear and nonlinear optics in metamaterials, photonic devices, and optical communications. She is a Fellow of the Optical Society of America, Fellow of the American Physical Society, and a Senior Member of the IEEE. She holds grants from US National Science Foundation and US Army Research Office. She is a recipient of The 2014 Exceptional Scholar Award for Sustained Achievement.