All-dielectric nanophotonics and metadevices: From Fano resonance to functional metasurfaces

All-dielectric nanophotonics and metadevices: From Fano resonance to functional metasurfaces

Abstract: Rapid progress in the fields of plasmonics and metamaterials is driven by their ability to enhance near-field effects with subwavelength localization of light, and a majority of such effects is usually associated with metallic structures. Recently, we observe the emergence of a new branch of nanophotonics aiming at the manipulation of strong optically-induced electric and magnetic Mie-type resonances in dielectric and semiconductor nanostructures with high refractive index. Unique advantages of dielectric resonant nanostructures over their metallic counterparts are low dissipative losses and the enhancement of both electric and magnetic fields that provide competitive alternatives for metal-based plasmonic structures including nanoantennas, nanoparticle sensors, and metasurfaces. In this talk, we review the new emerging field of nanophotonics and metamaterials and demonstrate that the co-existence of strong electric and magnetic resonances and resonant enhancement of magnetic field in dielectric nanoparticles bring new physics and entirely novel functionalities to simple geometries not much explored in plasmonic structures especially in the nonlinear regime. 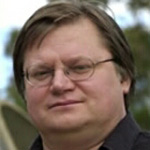 Biosketch: Yuri S. Kivshar received a PhD degree in theoretical physics in 1984 from the Institute for Low Temperature Physics and Engineering (Kharkov, Ukraine). From 1988 to 1993 he worked at different research centers in USA, France, Spain, and Germany, and in 1993 he moved to Australia where later he established Nonlinear Physics Center at the Australian National University being currently Head of the Center and Distinguished Professor. His research interests include nonlinear photonics, optical solitons, nanophotonics, and metamaterials. He is Fellow of the Australian Academy of Science, the Optical Society of America, the American Physical Society, the Institute of Physics (UK), as well as Deputy Director of the Center of Excellence for Ultrahigh-bandwidth Devices for Optical Systems CUDOS (Australia) and Research Director of Metamaterial Laboratory (Russia). He received many prestigious awards including the Lyle Medal (Australia), the State Prize in Science and Technology (Ukraine), and the Harrie Massey Medal of the Institute of Physics (UK).