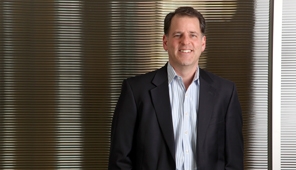 "Intellectual Ventures this morning announced a new spinout company, Evolv, that has landed $11.8 million in funding from investors including Bill Gates to develop imaging and detection products for a new form of security scanning at airports and other facilities.

The new company, to be based in Boston, isn’t announcing details of its product plans. However, Evolv is working in partnership with Duke University’s Center for Metamaterials and Integrated Plasmonics, whose research, published earlier this year, demonstrated how metamaterials can detect microwaves to see through solid materials in real time.

The new company will be led by Mike Ellenbogen, a security imaging industry veteran who has been an entrepreneur in residence at General Catalyst Partners, which participated in the $11.8 million round with Gates, Lux Capital and Osage University Partners.

Metamaterials are engineered materials that can interact with light in unnatural ways. They’re also the basis for an earlier Intellectual Ventures spinout company, Kymeta, which is using metamaterials to create satellite broadband antennas without moving parts.

The announcement of Evolv’s creation comes amid increased media and government scrutiny of Intellectual Ventures’ patent holding and licensing practices. Intellectual Ventures, run by former Microsoft technology chief Nathan Myhrvold, is under pressure to show that it’s creating new technology and spinning new companies out of its labs, not just acquiring, licensing and suing over patents.

Evolve is IV’s third spinout company. The first was TerraPower, which launched in 2008 to create a new type of nuclear reactor. Gates is also involved as an investor in both TerraPower and Kymeta."

Generally speaking, metamaterials are a new class of materials that have unique properties not found in nature. The materials have the ability to manipulate radiation such as light and radio waves in many potentially useful ways. Metamaterials have received attention for their potential to make objects appear invisible, but IV is also exploring other commercial applications for the technology.