DURHAM, N.C. – Duke engineers have already shown that they can "cloak" light and sound, making objects invisible -- now, they have demonstrated the theoretical ability to significantly increase the efficiency of ships by tricking the surrounding water into staying still.

"Ships expend a great deal of energy pushing the water around them out of the way as they move forward," said Yaroslav Urzhumov, assistant research professor in electrical and computer engineering at Duke's Pratt School of Engineering. “What our cloak accomplishes is that it reduces the mass of fluid that has to be displaced to a bare minimum.

"We accomplish this by tricking the water into being perfectly still everywhere outside the cloak," Urzhumov said. “Since the water is still, there is no shear force, and you don't have to drag anything extra with your object. So, comparing a regular vessel and a cloak of the same size, the latter needs to push a much smaller volume of water, and that's where the hypothesized energy efficiency comes from." 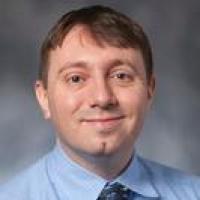 The results of Urzhumov's analysis were published online in the journal Physical Review Letters. The research was supported by the U.S. Office of Naval Research and a Multidisciplinary University Research Initiative (MURI) grant through the U.S. Army Research Office. Urzhumov works in the laboratory of David R. Smith, William Bevan Professor of electrical and computer engineering at Duke.

While the cloak postulated by Urzhumov differs from other cloaks designed to make objects seem invisible to light and sound, it follows the same basic principles – the use of a man-made material that can alter the normal forces of nature in new ways.

In Urzhumov's fluid flow cloak, he envisions the hull of a vessel covered with porous materials – analogous to a rigid sponge-like material – which would be riddled with holes and passages. Strategically placed within this material would be tiny pumps, which would have the ability to push the flowing water along at various forces.

"The goal is make it so the water passing through the porous material leaves the cloak at the same speed as the water surrounding by the vessel,” Urzhumov said. “In this way, the water outside the hull would appear to be still relative to the vessel, thereby greatly reducing the amount of energy needed by the vessel to push vast quantities of water out of the way as it progresses."

While the Duke invisibility cloak involved a man-made structure – or metamaterial – based on parallel rows of fiberglass slats etched with copper, Urzhumov envisions a different sort of metamaterial for his fluid flow cloak.

"In our case, I see this porous medium as a three-dimensional lattice, or array, of metallic plates," he said. "You can imagine a cubic lattice of wire-supported blades, which would have to be oriented properly to create drag and lift forces that depend on the flow direction. In addition, some of the cells of this array would be equipped with fluid-accelerating micro-pumps."

Urzhumov explained that when a regular vessel moves through fluid, it also pushes and displaces a volume of water that greatly exceeds the volume of the vessel itself. That is because in a viscous fluid like water, an object cannot just move a single layer of water without all others; the shear force effectively attaches an additional mass of water to the object.

"When you try to drag an object on a fishing line through water, it feels much heavier than the object itself, right?" he said. "That's because you are dragging an additional volume of water with it."

Based on this understanding of the flow cloaking phenomenon, Urzhumov believes that the energy expended by the micropumps could be significantly less than that needed to push an uncloaked vessel through the water, leading to the greatly improved efficiency.