Using an off-the-shelf 3-D printer, nearly anyone can make an “invisibility cloak” to make objects disappear, researchers report. But if you’re thinking about using one for snooping, Harry Potter style, you should know it works only for microwave radiation, which humans can’t see anyway.

In the future, however, it may be possible to develop technology that works for higher wavelengths, including visible light, said Yaroslav A. Urzhumov, an electrical engineer at Duke University who worked on the microwave version. Also imagined are products that humans could wear — “something like a helmet or an astronaut suit that makes you invisible to microwaves is on the horizon,” Dr. Urzhumov said.

Dr. Urzhumov and his colleagues reported their findings in Optics Letters. They developed a cloak seven years ago, but now use a 3-D printer to make one that is less expensive. The polymer-based structure looks like a Frisbee made of Swiss cheese. Objects to hide are placed in the disc.

“With respect to microwave wavelengths, this cloak cylinder makes objects invisible from any point of view,” Dr. Urzhumov said.

Many electronic devices do see microwaves, so the technology could have a practical application. “Whenever it is absolutely crucial to have a clear view of the sky, but there are some buildings or structures that cast a shadow,” Dr. Urzhumov said, “you could coat those structures.”

A version of this article appeared in print on May 14, 2013, on page D6 of the New York edition with the headline: Technology: Becoming Invisible, at Least to Microwaves. 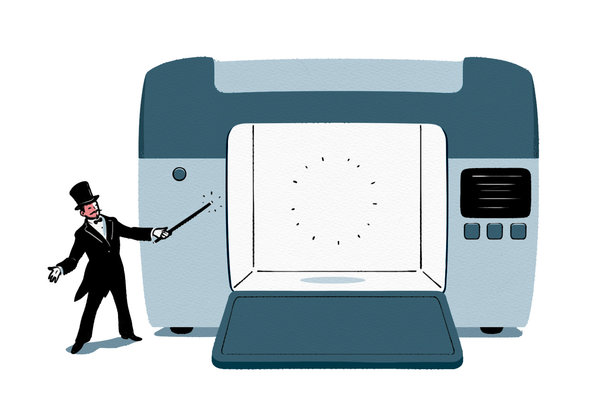