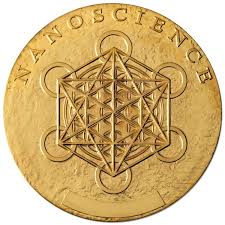 On September 9, 2014, the Kavli Prize in Nanoscience was awarded to Sir John Pendry, Thomas Ebbesen and Stefan Hell “for their transformative contributions to the field of nano-optics that have broken long-held beliefs about the limitations of the resolution limits of optical microscopy and imaging.” Prof. Smith was an invited guest and attended the ceremony, held at the Oslo Concert Hall in Oslo, Norway. The Kavli Prize in Nanoscience is awarded for outstanding achievement in the science and application of the unique physical, chemical and biological properties of atomic, molecular, macromlecular and cellular structures and systems manifested in the nanometer scale. Prize winners each receive a gold medal, a scroll and a share of 1 million US dollars.

The Kavli ceremony was a remarkable celebration of science and art. Co-hosted by the well-known American actor Alan Alda and Haddy N’Jie, a Norwegian-Gambian singer and songwriter, the Kavli event interspersed the awards and scientific discussion with top notch Norwegian musical acts and entertainment. His Majesty King Harald, the King of Norway, presided over the ceremony and later hosted a dinner banquet honoring the awardees and their guests. The ceremony can be viewed here. The musical acts included the Trondheim Soloists, saxophonist Hakon Kornstad, innovative a cappella group Pust, and violinist Joakim Robergshagen.

The entertainment continued that evening at the banquet, held at the Oslo City Hall, with several speakers discussing science and a bit about the Kavli Prize—including an engaging talk by physicist Brian Greene who recounted some of his interactions with Fred Kavli, founder of The Kavli Foundation. The entertainment for the evening included Norwegian groups Strings Unlimited and The Real Thing, as well as Eli Kristin Hanssveen—an amazing singer who sang both classical opera selections as well as popular songs, such as “You Shook Me All Night Long” by AC/DC.

Overall, the Kavli ceremony and celebration was a spectacularly well-organized event, not only celebrating science but also uniting science and the arts in a unique and special way.